Who cares what others think about your photography

Just as the title states folks. Seriously, who cares what others think about your photography.
I woke up this morning and grabbed some coffee, turned on the TV and was surfing around and happened upon this recent image by Peter Lik over on his facebook page. For those of you who may not know Peter, I think it is probably safe to say that he is the most famous landscape photographer of our time. His work hangs in collections all over the world and he has several galleries strewn across the globe. Famous defined. Anyways, what got me wasn't the image, an image which I personally like myself, but the comments on the shot itself.

I know a few of the photographers who are posting those comments. Not in a personal sense but in the internet sense in that they frequent a few of the sites which I am on or once was a member of. The whole "if it isn't out of the camera or appeared anything like that, it is fake" kind of train of thought. Those who are insecure in their work and not able to understand that art is art and feel the need to constantly criticize and argue with other photographers the stupid endless debate of "what is photography". You know what photography is? It is something that makes you happy, it is something which you capture with a camera and something that you create with that camera. The keyword here is "create" and I think a lot forget that. Looking at Peter's image, it does look pretty wild, I don't have any idea how he shot it and it is possible he used a very long lens and I also know that he does use film and double exposures are completely legitimate. So who cares how he took it in all honesty. Why should you care what anyone says about your photography?

You shouldn't and here is why.

Recently I read what I can only describe as the best article on any photoblog that I have ever read, Guy Tal's article "The Value and Futility of Critique" is simply amazing. (Guy is also one of my favorite all time photographers who's work I deeply admire and and am inspired by) If you read it, you will come upon this paragraph;

"Most mature and accomplished artists who embraced their own creativity no longer have much use for critique. From that point on, the critic is but a voice representing the tastes of others, who may or may not understand the work, and whose opinion is not likely to make an impact on the artist's direction. The exception, perhaps, is when the artist considers the critic a better artist than they are."


That is some seriously pretty amazing stuff and boy does he hit home with it. I mean honestly, think about it for a second. Really take that in. he is very much right and in that train of thought you also find happiness.

In this day and age it seems that many are always chasing the acceptance factor of their fellow photographers. Why? Are they the ones actually buying your work? Chances are the answer is no. Case in point, look at the work of Trey Ratcliff  who's HDR photography is quite famous yet he is quite a polarizing figure among photographers; people either love or hate his work. You know what though? He is happy with what he creates and he makes a living that puts 99.9% of us to shame with his images (sans Peter Lik maybe) he is living the dream that every single photographer has, traveling the world photographing it. he has stuck to his guns and done what he loves all along and has batted and eye lash in any of it and look what all that focus has gotten him.

Can you hear me now?

Don't give in to the haters and don't be so concerned about what others think, especially those who shoot themselves. It isn't to say that you shouldn't ask for advice, you most cerrtainly should at every second you can, rather think outside the box, think how something looks and if it is something you would hang on your wall. Perhaps more importantly is it an image that someone else would hang on their wall who isn't a photographer. Think about it, you'll get it.
---John 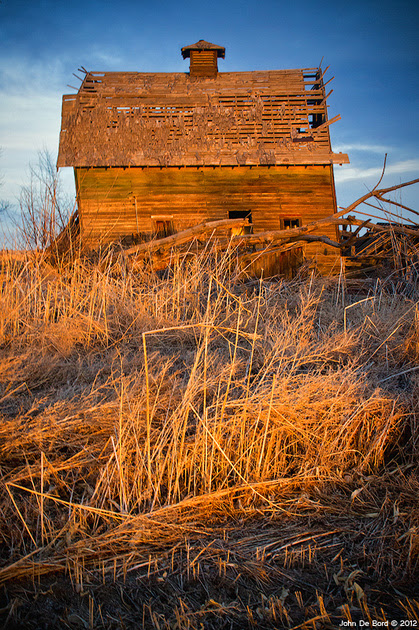 Posted by The jdebordphoto.com Photoblog at 8:00 AM 5 comments: