Ok I admit it. I HATE photo vests with a passion. I think they are the most absurd looking thing around. I think vests should be reserved for the likes of SWAT teams and fly fisherman, not photographers. Nothing screams geek to me like a photo vest does so when wildlife photographer and custom photography vest maker Rob Daughtery contacted me asking to review one of his vests I was rather skeptical. I have known Rob awhile now and his photography is simply amazing, mind blowing in fact. I sort of figured "ok what the heck, why not" and was expecting another run of the mill generic looking photo vest.

He asked me which model I would like to review and I decided to check out the Safari model photo vest. I received it a few days later and immediately it got my attention. I was expecting some flimsy cloth thing and what I received was something that was anything but. It is like a mix of canvas and nylon that feels as though it could withstand just about everything. Think of something similar to the material which your backpack is made of. This isn't clothing, this is straight up armor. This thing LOOKS and FEELS like it would outlast a dang nuclear war. Was I impressed? Yes. Was I shocked? Very.

It is seriously heavy duty stuff. If you set this thing leaning against something it would probably stand on it's own. It is strong and very rugged. I wouldn't consider this something that say someone shooting sports would wear or portraits, weddings, that sort of thing but rather something you would wear while in the forest when you are down low trying to get the shot. This puppy is made for down and dirty wildlife photographers. This is the sort of vest one wears when they are down on their belly to protect themselves. It is like a SWAT vest for photographers.

One thing which I found very unique about it is how it is completely modular and the customization options which come with it. Yes it has pockets. Yes pockets can be ordered and custom made as wanted by you It has pockets that are huge and ultra strong, enough to hold my 50mm lens and my 200-400. Rob has the ability to imprint your website address and your name on the vest and anything else for that matter. These pockets though get me. It is unlike anything I have ever seen before and the only way I can try to describe it is having the ability to walk around with camera bags tacked to your body. Literally the only thing this thing is missing is a built in tripod strap which I am sure Rob could make for you.

This goes beyond a vest and really is more like a wearable camera bag. Looking at it, comparing anything, sans laptop compartment, it can hold as much and in some respects even more than my go to photo backpack camera bag! Is there anything which I really didn't like?

Well I will be honest, this thing is huge, is that good or bad? It depends on your POV. If you are going to be out in the field for a long time and need to carry stuff but don't want to lug around something like a camera bag, it is perfect. It is stiff, I will say that but I guess that's the sacrifice for protection from the elements. It is bulky, this isn't one of these vests which is light weight and made of trench coat like material. No, this thing is like an iron tent. It is breathable but does get very warm.

You certainly get what you pay for. each one is hand made by Rob and the quality really shows. I like that, I like that time is really taken in something which will last me years and you can just tell it will too. While my Dad was playing the model wearing it while I photographed it, he made the remark "this thing is really well put together". You know that right away from the instant you put it on that you won't need another one a few years down the road.

So my closing thoughts?

Honestly, if you are looking for a vest? Get one. You won't find a better one. Ever. As much as I can't stand photo vests my opinion has now changed at least when it comes to TheVestGuy.com They don't look like any other photo vest and that is for good reason. As I said, this really isn't a vest but an entire camera bag replacement!

Rob also sells beanbags and other style vests too. You can purchase his homemade gear from TheVestGuy.com  Go buy one, you will be glad you did! 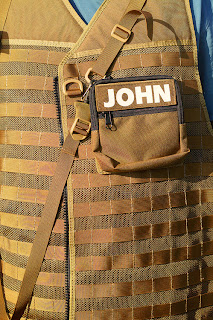 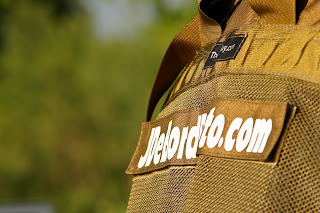 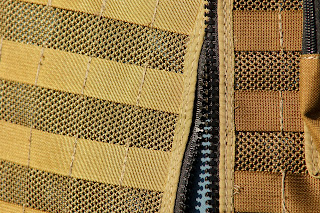 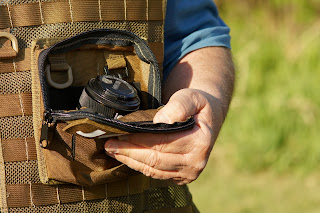 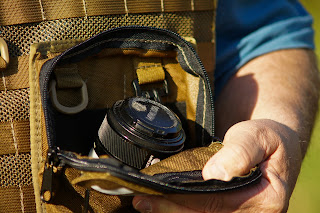 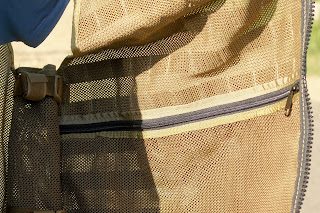 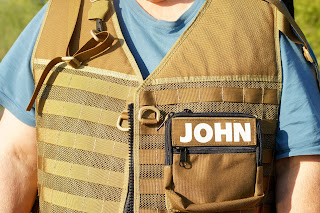 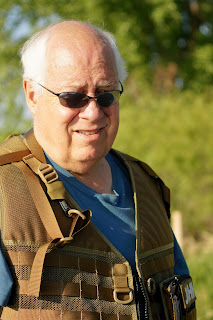 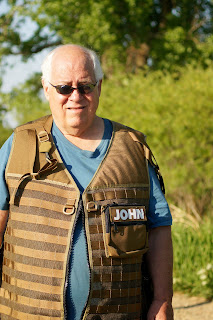 Posted by The jdebordphoto.com Photoblog at 11:12 AM No comments: